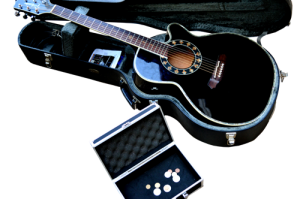 “Shame, maybe he should have listened to his parents. Then he would not have had to busk to pay his rent. If he just made better choices, he could have made a decent living.” Isn’t this a parent’s worst nightmare?

I recently was in an interview, and one of the people on the panel was from the education sector (STEM). This person was encouraged by the fact that we are passionate about music literacy, because it is different from what they are normally talking about: maths, science and language literacy. My comment to this person was that if maths was relegated as an elective subject in public schools for the last 24 years only in Grades 10, 11 and 12, it would not have had the perceived value it has today. Maths has an inherent value, but its perceived value would have been a lot less. Which is what happened to music education.

Whenever someone wants to move music literacy mainstream, they have to justify its value to society. It is like there is a finite amount of space in society and music has to compete with other disciplines. I personally don’t think we have to even start this justification, because the inherent value to society is clear, we just need to remind people of this value. It’s literally like we are in a popular soapie where one of the main characters has amnesia for some ridiculous reason and the rest of the cast has to remind the amnesiac the whole time of his/her identity.

Now what about the title of this blog?

Education  = Value = Jobs. If we educated more people in music, it will lead to growth in the perceived value for the music industry, which in turn will create more jobs. It is a simple equation. You don’t have to be a maths genius, or the president of a country to understand it.

As music educators we have to justify why our subject is relevant the whole time. We have to shift that narrative.

https://youtu.be/wEwqk0uuqGU A new vlog looking at aspects within music education in emerging economies, and how to grow towards a flourishing future.

Why learn Music Theory? I’m leaving on a Jet Plane I asked one of my friends why we should learn music theory yesterday….after I asked Google. I asked him because Google gave me other people’s Read more…